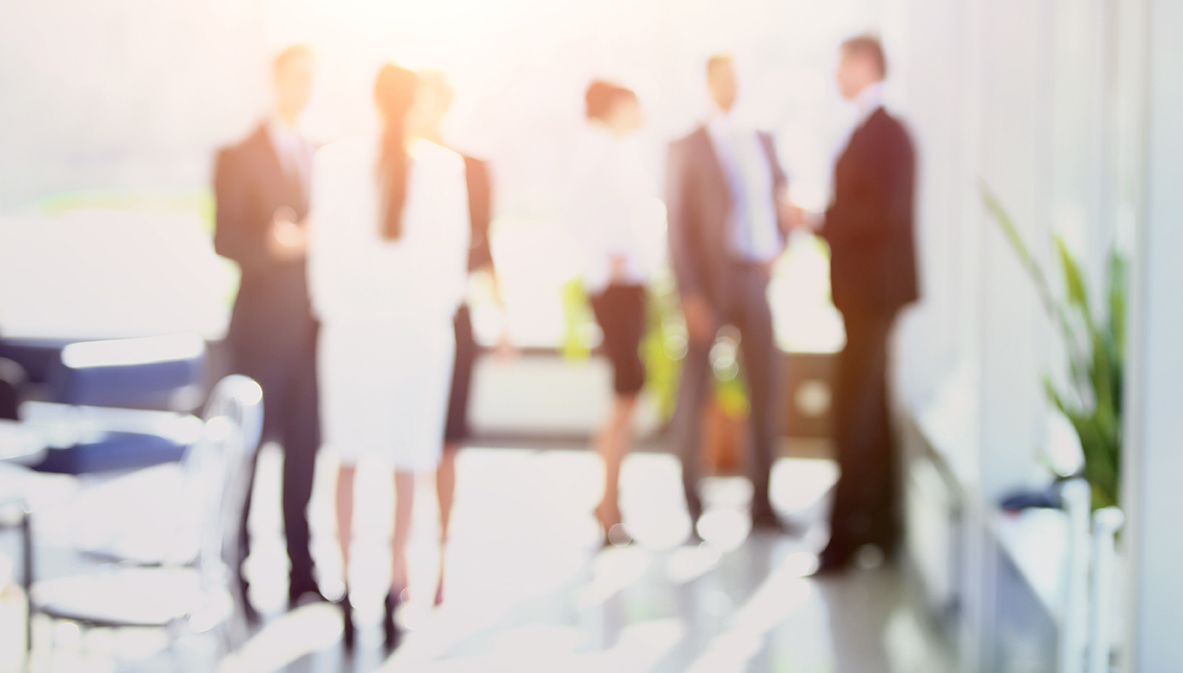 • Erika Wier joined Pasco’s Lourdes Health as chief financial officer in February. She previously worked at Memorial Medical Center in Las Cruces, New Mexico, where she was assistant chief financial officer and served as compliance officer and was responsible for the oversight of several departments, including case management, revenue cycle, information technology, central scheduling and admissions.

Wier began her career in health care and finance in 2002 at Tenet Healthcare’s Sierra Medical Center, a 351-bed acute care hospital in El Paso, Texas. Her experience with Tenet ranged from accountant to controller. The Wisconsin native spent much of her life in El Paso. She, along with her significant other, Mike, and youngest son, Evan, are new to the Pacific Northwest. Her oldest son, Ethan, is a junior at the University of Texas at San Antonio.

She also worked for United Way of Benton and Franklin Counties as director of marketing and communications for four years. She most recently came to the American Red Cross after working as a private marketing and business development consultant for small businesses and as a project manager for nonprofit fundraising events.

• Eric Mendenhall has joined the city of West Richland as the community development manager. He brings more than 15 years of city planning experience.

He will work with the city council, developers and citizens to create plans for continued growth, economic development and enhanced park facilities and to revitalize the downtown.

• Miles S. Thomas has joined the Port of Benton team on a part-time contract basis to support the director of economic development and governmental affairs position. He brings more than 10 years of community and economic development experience, with an emphasis in developing public-private partnerships, building strong business-community ties and augmenting public policy to support entrepreneurship.

Thomas has a master’s degree in urban and regional planning with a specialization in economic development from the University of Illinois and a bachelor’s in architecture from the University of North Carolina. He has been an accredited member of the American Institute of Certified Planners since 2018. Thomas will be focused on planning, business recruitment, new development, governmental affairs and execution of economic development components of the port’s communication and marketing strategy and will be the port’s lead representative and staff member to the 2,875 acres Tri-Cities Research District, a state of Washington Innovation Partnership Zone, helping to facilitate and coordinate the district’s marketing, communications, events, recruitment and trade shows.

• Pac/West Communications has hired Whitley Schiller as an assistant account manager at its Hermiston, Oregon, office.

Schiller, who grew up in Hermiston and graduated from Pendleton High School, was a double major at Willamette University with degrees in politics and philosophy, as well as a minor in religious studies. Along with a stint as a legislative intern in the Oregon capitol, Schiller has worked on construction projects, assembly lines, and in the Office of Community Service Learning at Willamette University.

McPartland joined Numerica in 2013 and has more than 11 years of experience in the financial services sector. During his seven years at Numerica, McPartland rose through the ranks, serving as manager of the Pasco, Richland and Kennewick branches and opening and managing the Gage Boulevard branch.

McPartland is a Junior Achievement teacher and a current Leadership Tri-Cities participant. He holds a bachelor’s degree in social science from Washington State University and is a graduate of the Credit Union National Association management school.

• Primerica Inc., a provider of financial services to middle income families in North America, has promoted Ronald Matthew Sweezea to regional vice president. He works out the Richland office.

• Holly Siler, senior vice president of projects at Second Harvest Inland Northwest, was appointed by Gov. Jay Inslee, on Jan. 23 to the Columbia Basin College Board of Trustees. She replaces former Trustee Sherry Armijo. Siler will serve a five-year term on the CBC board of trustees until Sept. 30, 2024.

• Corinne Drennan, sector lead for Pacific Northwest National Laboratory’s bioenergy technologies programs, has been named to serve on the inaugural state Department of Ecology recycling development center advisory board. The center was newly created by a 2019 law to facilitate research and development, marketing, and policy analysis that will bolster recycling markets and processing in the state. It will initially focus on conversion or remanufacturing of waste into new products, especially mixed waste paper and plastics. Drennan, who will serve a two- to three-year term, will provide guidance to both the Department of Ecology and Department of Commerce on the center’s work plan as well as evaluate and make recommendations on state policies affecting markets for recycled materials.

• STCU members have elected a new board member and reelected incumbents. They will serve three-year terms starting in March. An audit committee member was reelected as well.

Here are the board and committee members:

Prosser was honored for its work to attract the Lep-Re-Kon Harvest Foods grocery store to Prosser. It will open in the former Shopko Hometown store, which closed in May 2019 after the company dissolved.

• Erik Stam of Framatome in Richland earned the Engineer of the Year award in the Fuel Business Unit as part of the annual commemoration of National Engineers Week. The award honors North American employees who achieved engineering excellence and were “Pioneers of Progress” through notable accomplishments in their profession and engagement in their communities.

• Cheryl Stroup of Mission Support Alliance received the 2019 Kathryn A. Wheeler Safety Leadership Award. Stroup, with Radiological Site Services, was an advocate for safety throughout her MSA career, before retiring in December 2019. As a volunteer on the MSA Integrated Safety Management System team, where observation feedback and improvement ideas have helped MSA mature to a quality safety company, Stroup’s voice on safety was loud and clear. She completed advanced certified safety courses, giving her the knowledge to keep MSA’s safety councils and management teams informed and became a model for safety council work at MSA. The award is given each year to recognize a member of the MSA workforce who demonstrates support of safety through worker engagement and activities that are collaborative, cooperative and proactive.

• ET Estate Sales was named the 2019 Friend of the Port of Kennewick on Feb. 25 during a regular board meeting. Port commissioners commended business owners, Liz and Mark Thompson, for their efforts to transform Columbia Drive through personal investments, a commitment to excellence and their tenacity in making east Kennewick and the Columbia Gardens Wine & Artisan Village an inviting destination.

The Thompsons bought a building across from the Columbia Gardens Wine & Artisan Village and moved their business into that space before the port’s first winery buildings were built. It also was noted the owners have taken pride and ownership of the neighborhood they took it upon themselves to paint over a large number of graffiti tags which appeared up and down east Columbia Drive, on multiple buildings.

• For the 21st time, Edward Jones has been named one of the Fortune 100 Best Companies to Work for by the Great Place to Work firm and Fortune magazine. Edward Jones took the No. 7 spot on the list, the 16th year the firm has ranked in the top 10.

The awards recognize men and women who have demonstrated an outstanding commitment and contribution to their students and colleagues. Recipients will be honored at NISOD’s annual International Conference on Teaching and Leadership Excellence on May 23-26 in Texas.

The Richland lab has received 95 FLC awards since the program launched in 1984, more than any other national lab. The lab was honored for:

– Retro-Commissioning Sensor Suitcase. The technology, which targets energy savings in commercial buildings of 50,000 or fewer square feet was transferred to GreenPath Energy Solutions

– Fish and wildlife tracking technologies, which improve how a variety of species are tagged by scientists, was transferred to Advanced Telemetry Systems of Isanti, Minnesota, which sells animal-tracking and monitoring products.

License Agreement—a new exploratory license agreement helps streamline the process to establish relationships between the lab and private industry. The new license offers industry a limited-term option to explore the viability of technology for six months before fully committing.

• Benton REA has earned a 2020 Tree Line USA designation from the Arbor Day Foundation for its commitment to proper tree pruning, planting and care in its service area. Tree Line USA, a partnership between the foundation and the National Association of State Foresters, recognizes public and private utilities for pursuing practices that protect and enhance America’s urban trees.

• Two Hanford High students have been selected to represent Benton REA as part of the 2020 Electric Cooperatives Youth Tour to Washington, D.C. in June.

The students are Megan Aichele of Benton City, daughter of Tamara and David Aichele, and Canon Briggs of West Richland, daughter of Bevan and Sara Briggs.